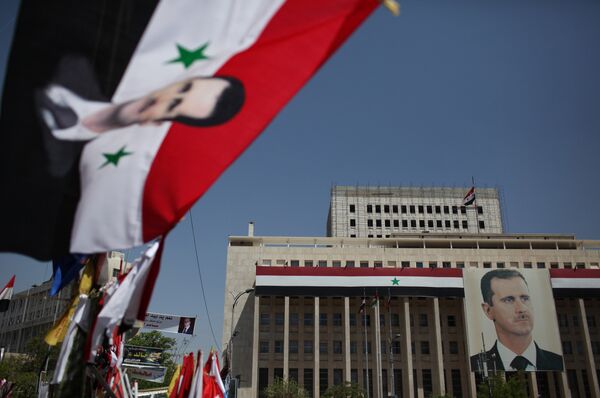 Moscow hopes the international conference on Syria will facilitate the country’s progress to peace, the Russian Foreign Ministry said on Friday.

Moscow hopes the international conference on Syria will facilitate the country’s progress to peace, the Russian Foreign Ministry said on Friday.

The conference will take place on Saturday in Geneva.

There is no alternative to a “peaceful political settlement in Syria,” the ministry said in a statement.

The conference should consider all the viable mechanisms of ensuring a ceasefire in the Middle Eastern country, the ministry said, adding that they should facilitate the start of a “nationwide political dialogue in Syria between the government and all opposition groups.”

Russian Foreign Minister Sergei Lavrov has said the Syrian government is ready to withdraw its armed forces from the country's cities in parallel with the forces of the Syrian opposition.

Russia has said the Geneva conference should include all the permanent members of the UN Security Council, Syria's neighbors (Iraq, Turkey, Jordan, Lebanon), as well as key players in the region (Saudi Arabia, Qatar, Iran) and international organizations (League of Arab States, European Union).

According to UN estimates, some 10,000 people have been killed in Syria since the beginning of a popular uprising against President Bashar al-Assad in March 2011. The Syrian Observatory for Human Rights, a Lodon-based organization with a network of activists in Syria, has put the death toll at 12,000.