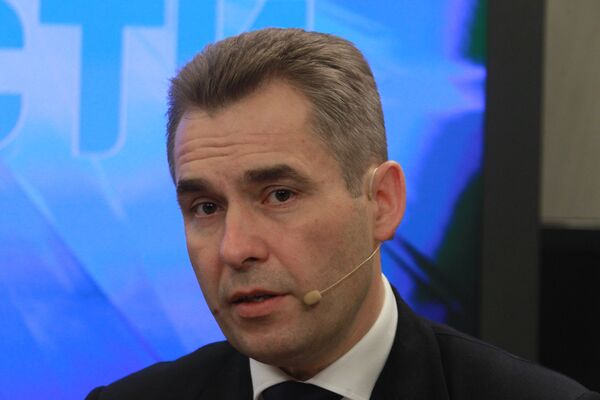 Pavel Astakhov has been visiting the Ranch for Kids, in the U.S. State of Montana, which is a respite care home that helps children, most of them from Russia, who have suffered disrupted adoptions.

"The very form of the children's being there is shocking. What is it, a pre-trial detention facility? A penal colony? Or a trash can for unwanted children?" Pavel Astakhov said, in comments carried by his official website.

All the children were removed from the facility just before Astakhov'a arrival.

"These children are completely isolated from the outside world, which is grounds for violating their rights. It has not been made clear to us whether the children receive the necessary help and treatment, which is why the condition of the Russian kids at the ranch causes concerns," Astakhov said.

Adoptions have become a thorny issue in U.S.-Russia relations following a series of scandals, including the uproar surrounding a 7-year-old boy who was sent back to Russia unaccompanied in 2010 by an adoptive U.S. mother.

It is difficult to follow any particular kid as the ranch has not kept its records properly, Astakhov's press service said in a statement. Ranch head Joyce Sterkel declined to disclose information on the children.

The statement also cited a local state prosecutor as saying that children at the ranch were being "subjected to abuse," and that a 9-year-old Russian girl had recently attempted to escape.