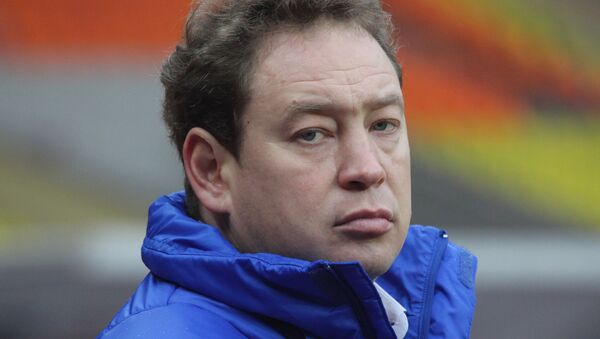 Russia started the tournament brightly with a 4-1 demolition of the Czech Republic, but stalled in a 1-1 draw with Poland before a 1-0 defeat to Greece saw them fail to reach the quarterfinals.

"The result is certainly unfortunate," Slutsky said. "But I strongly disagree with those who explain it by players being unmotivated and indifferent. [They say] Arshavin was standing? He made three assists in two games, this is an excellent result, and this is specifics, not empty talks about whose eyes were or weren't burning."

"We were better than them in the same way that Bayern was better than Chelsea in the final of the Champions League," which Chelsea won on penalties, Slutsky said.

Arshavin has 74 caps for Russia and has scored 17 international goals.

He spent the second half of last season on loan at Zenit St. Petersburg after failing to hold down a first-team place at Arsenal, but did not head with Zenit to the preseason training camp in Portugal on Thursday, as his loan agreement has expired.

Arsenal is reportedly willing to release Arshavin, who has a year left on his contract.

Slutsky is under contract until December, although there have been questions over his future since CSKA finished third in the Russian Premier League in May.