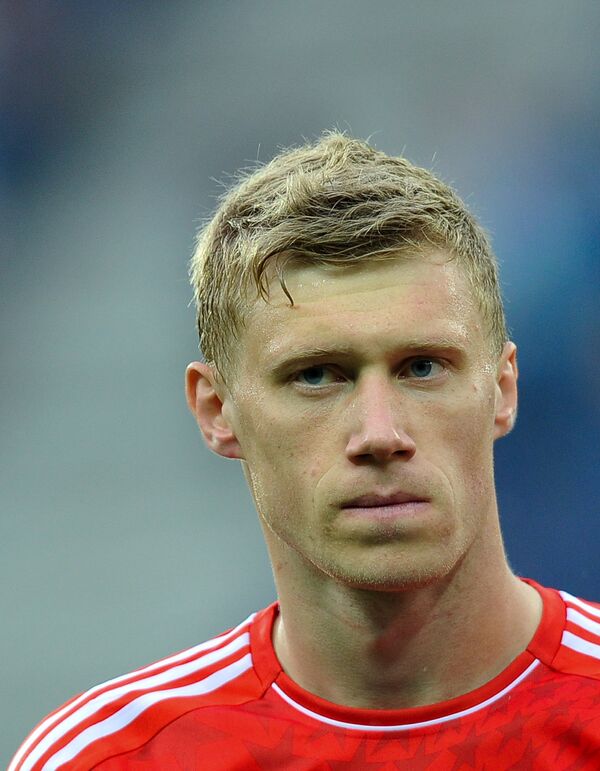 The 28-year-old front man is negotiating a move to the Madejski Stadium with his contract with Bundesliga side Stuttgart nearly expired.

He spent the second half of last season on loan at Fulham, scoring five goals in his first three games, and eventually six in 12 matches.

"The contract is not signed yet, it is still in the phase of discussion," Pogrebnyak's agent Oleg Artemov told RIA Novosti. "But it can be said that it is practically signed."

The deal could be done in the next few hours, Artemov added.

Reading director of football Nick Hammond confirmed to the Reading Post last week that the signing was close, and that the club were awaiting a work permit from the Home Office.

Pogrebnyak has scored eight times in 33 appearances for Russia, and made a fleeting appearance as a substitute in the shock 1-0 defeat to Greece at Euro 2012.

Before joining Stuttgart, he won the Russian Premier League and UEFA Cup with Zenit St. Petersburg while playing alongside Andrei Arshavin, now at Arsenal.