Ovechkin Needs To Be Coached Like Kovalchuk- Caps New Boss 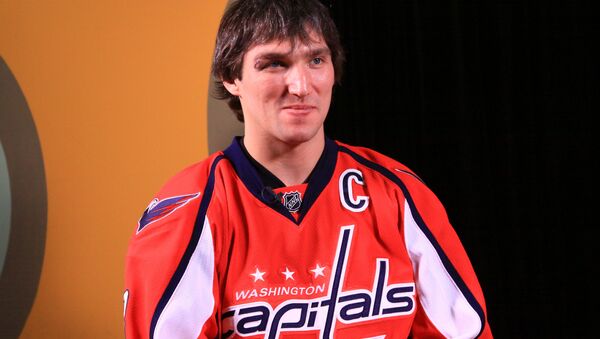 Oates, who joined the Capitals on Tuesday, earned praise helping another Russian star, Ilya Kovalchuk, to bounce comeback from a poor 2010-11 season in his time as assistant coach with the New Jersey Devils.

"We're going to talk about his game," Oates told the NHL's website, "but I still think the physical aspect of his game is unprecedented. … I think he's a special player and in terms of adding to his game, I think I can. But he's got to earn my trust as a coach first and it will be a process that we're starting soon."

Ovechkin switched to the Capitals from Dynamo Moscow in 2005 to go on to become a 2009 league MVP and five-time All-Star. This season, however, disciplinary problems and lengthy goalless spells have seen him finish on a career low 38 goals and 27 assists.

The success with Kovalchuk was partly down to the player himself being open to new suggestions and other points of view, Oates said.

"Ilya made his adjustments willingly and people were talking about what a different player he was this season and really he had to be shown a few things," Oates said. "He needed to learn a little bit about the game, and sometimes even the superstars need to be coached once in a while."

His coaching career also includes assistant post in Tampa Bay Lightning from 2009 to 2010.

Previous Caps coach Dale Hunter resigned in May following the team's elimination from the Stanley Cup with a 4-3 series loss to the New York Rangers in the Eastern Conference Finals.