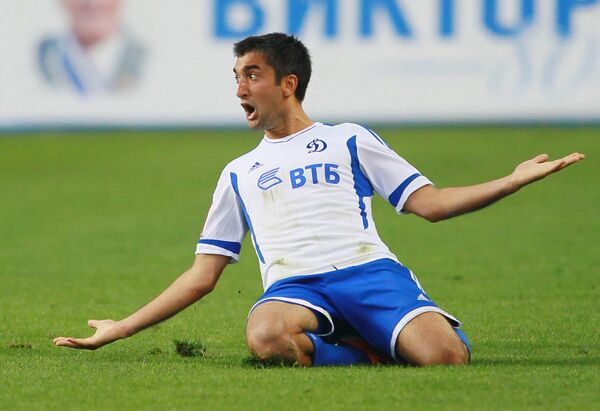 Dynamo said the clubs had signed a contract on the player's transfer, but there was no word on whether he had agreed personal terms at Lokomotiv.

"Dynamo have terminated their contract with the 27-year-old midfielder Alexander Samedov. The player will continue his career at Lokomotiv, an agreement between the clubs has been signed," a website statement said.

"Dynamo thanks Alexander for his work and wishes him success in his continuing career."

If confirmed, it would be Lokomotiv's second signing of the week after they earlier Wednesday unveiled Croatian defender Vedran Corluka, who joined on a three-month deal.

Corluka's compatriot and Croatian national team coach Slaven Bilic takes over as manager at Lokomotiv this season after signing a three-year contract before Euro 2012.