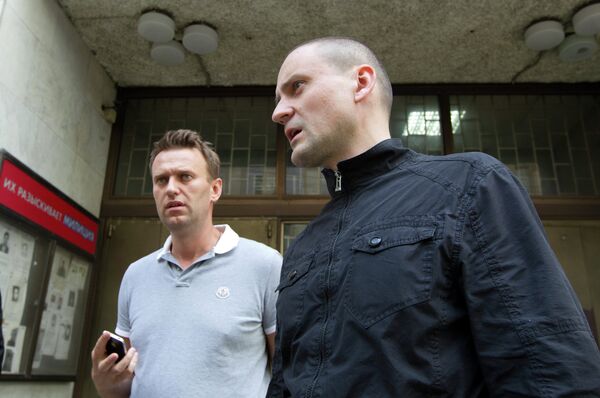 © RIA Novosti . Maksim Blinov
/
Go to the photo bank
Subscribe
Russian President Vladimir Putin said on Tuesday during his visit to Jordan that he learned through the media that the homes of opposition figures in Moscow were searched and if there were any laws broken in the searches, then they should be investigated by the appropriate authorities.

Russian President Vladimir Putin said on Tuesday during his visit to Jordan that he learned through the media that the homes of opposition figures in Moscow were searched and if there were any laws broken in the searches, then they should be investigated by the appropriate authorities.

"In regard to the searches, this is a different issue if you believe it or not, but I knew about them from the press," Putin said, adding: "If everything was done within the current law, then that's fine, [but] if there are any breaches, then they should be investigated.

Putin also said if any of the opposition figures believe their rights were infringed upon, then they should turn to a court of law.

"Actually, I recommend this to all citizens if their rights were infringed upon," he said.

Investigators said the searches on June 11 were legal and took place as part of a probe into the May 6 riots. Critics accused authorities of cracking down on Russian protest movement leaders.