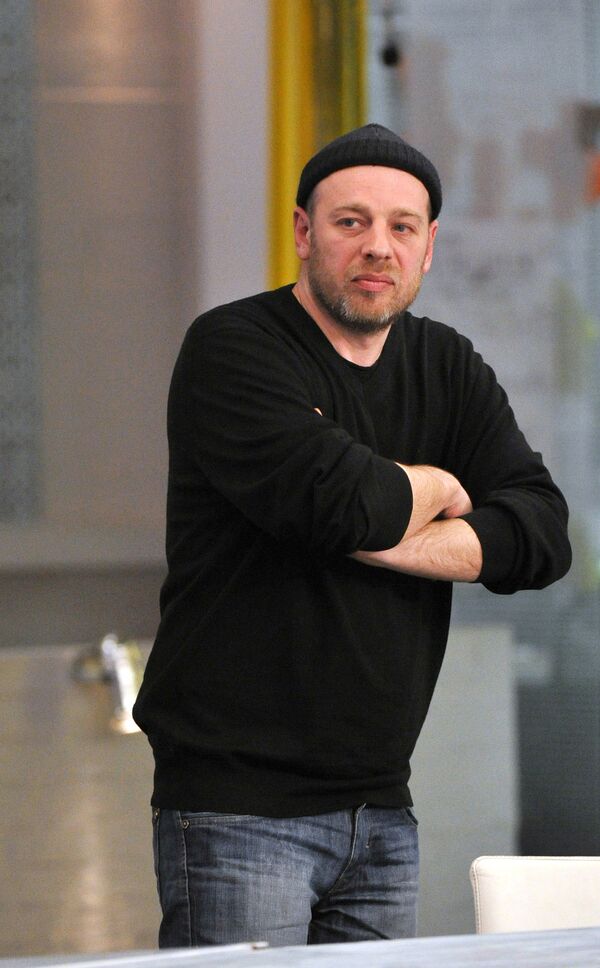 © RIA Novosti . Vladimir Pesnya
/
Go to the photo bank
Subscribe
The Kommersant publishing house announced on Tuesday that is getting rid of its television channel, continuing a post-election spell of closures and reshuffles in Russian liberal media.

The Kommersant publishing house announced on Tuesday that is getting rid of its television channel, continuing a post-election spell of closures and reshuffles in Russian liberal media.

Most media experts put the trend down to business reasons, but also said it is benefiting the Kremlin, which was often lambasted by media outlets now being closed or reorganized.

Kommersant TV, launched in 2011, is being closed because of its financial underperformance, Kommersant holding said on its website.

“A day of the channel’s operations loses enough money to buy a good German car,” director general of the publishing house, Dmitry Sergeyev, was cited by Slon.ru as saying. Slon.ru estimated total investment in the channel at $8 million-$10 million.

Reshuffles in Russian liberal media began in December, when editor-in-chief of Kommersant-Vlast political weekly, Maxim Kovalsky, stepped down after a clash with the publishing house’s billionaire owner Alisher Usmanov.

The tycoon, a self-professed Kremlin loyalist, was angered by Kommersant-Vlast running a photo of a ballot for the parliamentary elections with an insult to then-Prime Minister Vladimir Putin scribbled on it. The weekly has often criticized Putin in print before.

A string of media shake-ups commenced in early June, when the longstanding head of Kommersant publishing house, Demyan Kudryavtsev, resigned in favor of Sergeyev, who swiftly closed down the Russian version of Citizen K fashion magazine, which developed a heavy socio-political slant since its inception in 2007.

On Monday, the editorial staff of Openspace.ru, a popular website on culture and politics, announced that it was leaving because the site’s owner, businessman Vadim Belyayev, intended to change the publication into a purely political outlet. Kommersant-Vlast ex-editor Kovalsky will become the new editor-in-chief starting next month.

Unsatisfactory business performance was cited as the reason for most June closures and removals, though some media professionals disagreed.

The Kremlin has so far focused on controlling state television, but is now turning to online and print media in the wake of mass street protests in Moscow, Kovalsky said in an interview to Bolshoi Gorod on Monday.

The driving force of the protests were educated urbanites who also constitute the core readership of Kommersant’s publications, Bolshoi Gorod, Openspace.ru and similar media outlets.

However, many other journalists spoke rather of a chain of coincidences caused by financial constraints of Russian independent media, many of which, including Kommersant TV and Openspace.ru, stayed in the red throughout their entire history.

“Every publication must make money…If it doesn’t happen, it gets closed down,” editor-in-chief of Forbes Russia, Yelizaveta Osetinskaya, told Bolshoi Gorod.

Nevertheless, the result of this trend is “shrinking of the space of freedom of the press and an easier life for Putin,” said Yury Saprykin, the head of Afisha-Rambler media holding.