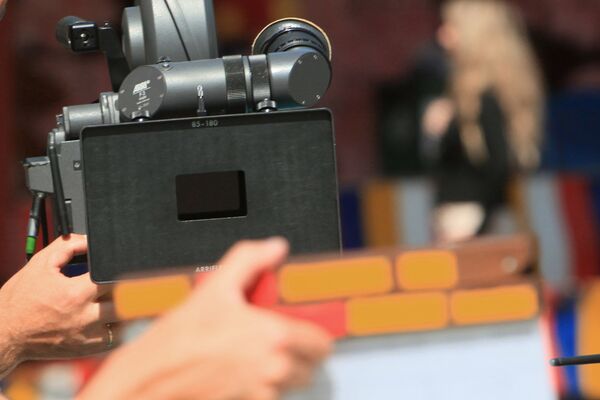 "The availability of locations and infrastructure [is very necessary]. You can actually have visual effects [studios] and post-production houses [in Russia] just as in the U.K.," U.S. producer Paula Wagner, famous for the Mission: Impossible film series, told the Moscow Business Square movie forum held during the 34th Moscow International Film Festival.

"Many states and countries really try to [improve] co-production. The basic [thing for Russia] is to create … an economic stimulus [for filmmaking] in the country," financial and packaging movie expert Hal Sadoff told the forum.

The main thing for any producer when they are searching for locations to shoot a movie, is to find where they can have the most subsidies for the film's budget to reduce expenses. In the United States, a producer can get about 42 percent of the budget back because of subsidies, Sadoff also said.

"You can get up to 25 percent in tax returns if you shoot the film in Canada, [even] if the movie has no Canadian elements," Canadian independent producer Miranda de Pencier, famous for Beginners (2010), said, adding that a co-production project between Russia and Canada stipulated that half of the movie-making team should be Canadians.

Developing countries in the movie sector, including Russia, may get an advantage in providing filmmaking services because developed states are starting to raise prices. If shooting in some locations and post-production works cost $250,000-$300,000 several years ago, the same services are now at nearly $1 million, Sadoff said.

The Russian film industry should also develop a special institution for local actors and actresses to make them international movie stars of the same caliber as Jean Reno from France, and Javier Bardem and Penelope Cruz from Spain, Motion Picture Talent and Literary Agent at International Creative Management Agency David Unger said.

The experts also said that one of the problems for Russian films was that they were targeted only for Russian viewers, not for the larger international audience. The main thing for Russian filmmakers today is to present an interesting and fresh idea and script of a movie to attract foreign viewers.

"There could be aspiring producers in the United States who are searching for a low-budget independent film, from Russia for example, a film which would be absolutely clear for the American audience and commercial at the same time," Russian film director Pavel Sanaev told RIA Novosti.

"If good scripts had appeared in Russia, they would have been snapped up immediately. Good scripts touch global issues as modern films cannot focus on one culture only," U.S. and Russian film director Victor Ginzburg told RIA Novosti.

"[U.S. producers] say a very simple thing: 'Show me something I've never seen before and I'll give you a job.' Very simple items indeed," Ginzburg added.

Available statistics also prove that the problem of the audience’s negative attitude to Russian movies is very serious even in Russia. Information released by Russia’s Film Business Today magazine show that the share of Russian films in overall box-office receipts in the cinema year of 2010-2011 (December 2010 on December 2011) in Russia and the CIS states fell to 12.6 percent from 14.5 percent.