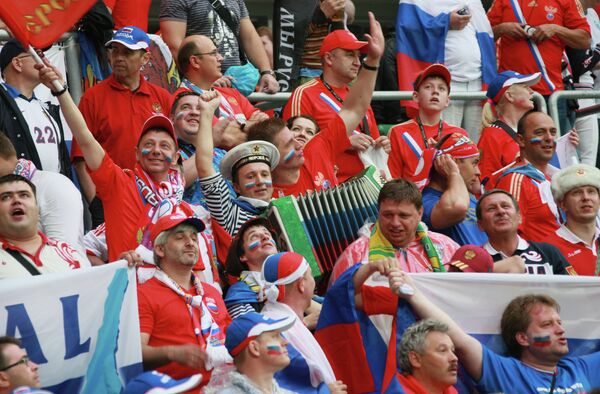 The Russian and Spanish football federations have both received UEFA charges relating to alleged racist chanting by fans at Euro 2012, UEFA said Tuesday.

Russia’s case relates to their opening 4-1 win over the Czech Republic on June 8, when an anti-racist observer in the crowd reported monkey chants directed at Czech defender Theodor Gebre Selassie, who is black.

The Russian Football Union has already received a total of €155,000 in UEFA fines and a six-point suspended penalty for Euro 2016 qualification for various crowd offences at Euro 2012.

The Spanish federation’s charge relates to their opening 1-1 draw with Spain, two days after the Russia game, after which a Spanish fan representative said that some in the crowd had aimed racist abuse at Italy’s Mario Balotelli.

Both cases will be heard on Thursday by a UEFA disciplinary panel.

The only other racism case dealt with by UEFA at Euro 2012 saw Croatia fined €80,000 last week for racism and the use of flares in their 1-1 draw with Italy.

The size of Croatia’s fine attracted criticism from some in the football world, including Manchester United defender Rio Ferdinand, after UEFA fined Denmark striker Nicklas Bendtner €100,000 for displaying sponsorship on his underpants.