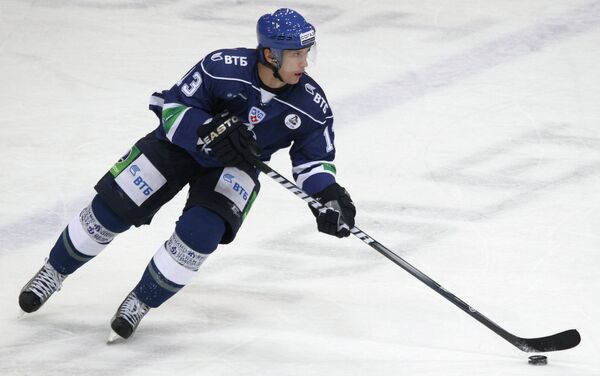 The Russia-based KHL is to challenge the NHL on its home territory for the first time by playing two regular-season games in New York, league vice-president Vladimir Shalaev said Tuesday.

Reigning champion Dynamo Moscow will face off against big-spending SKA St. Petersburg at the newly built Barclays Center in Brooklyn on January 19 and 20.

"There's nothing good about the Madison. Anyone who's been there understands that arena is no longer suited to modern hockey," he said.

The Barclays Center already has a strong Russian connection because it will serve as the new home for the NBA’s relocated Brooklyn Nets, owned by Russian billionaire Mikhail Prokhorov since 2010.

Shalaev said that the 2012-13 KHL season will start September 4 with a match between last year’s Gagarin Cup finalists, Dynamo and Avangard Omsk, for the Lokomotiv Cup, which has been renamed in memory of the Lokomotiv Yaroslavl roster who died when their plane crashed in September.

The regular season will end February 7, Shalaev said, and all stages of the playoffs will retain seven-game series.

The KHL’s two new teams, Donbass Donetsk and Slovan Bratislava, have been put in the Bobrov Division of the Western Conference, as has the relocated Lev Prague.