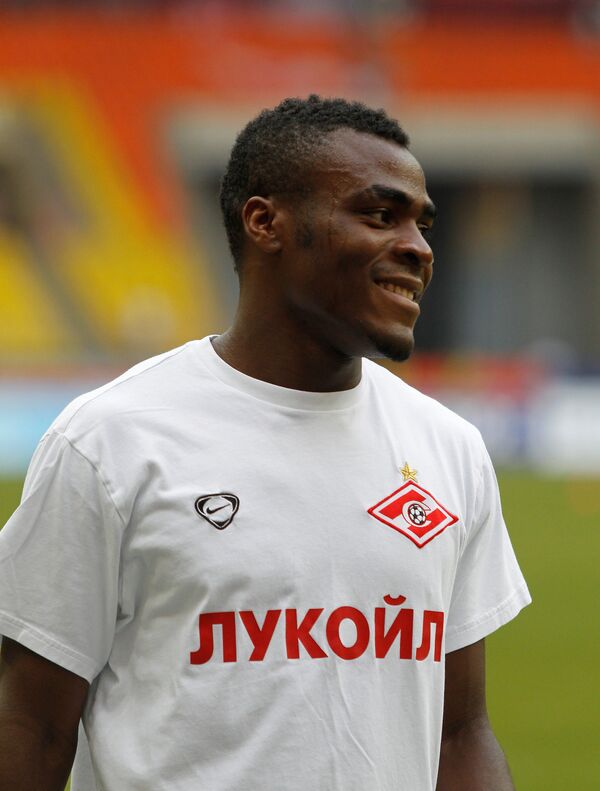 Earlier, there had been reports that Emenike would return to his former club Fenerbahce.

"I am really happy to have signed a new contract with Spartak and I think this will stop speculations about my future," Emenike told Nigerian newspaper The Tribune.

"I always had the intention to stay here. I feel there is a big belief in me from the club, from the boss and from the fans and that is one of the reasons why I stayed."

Emenike is looking forward to competing with top strikers when Spartak play in the Champions League next season, he added.

Emenike joined Spartak in July 2011 from Turkish side Fenerbahce and has since scored 13 goals in 22 league appearances.

He is a defendant in an ongoing Turkish football corruption case, with his involvement related to his time at Karabukspor in the 2010-11 season.

Emenike's first season in Russia was punctuated by controversy, as he was fined $17,000 for showing the middle finger to Dynamo Moscow fans who had allegedly directed racist chants at him during Spartak's 3-1 league victory in March.

Against Zenit St. Petersburg in May, Emenike received a straight red card seconds for his goal celebration after making a gesture towards the Zenit bench in which he tapped his outstretched arm.

The gesture was a sign of gratitude to his parents, he said afterwards.