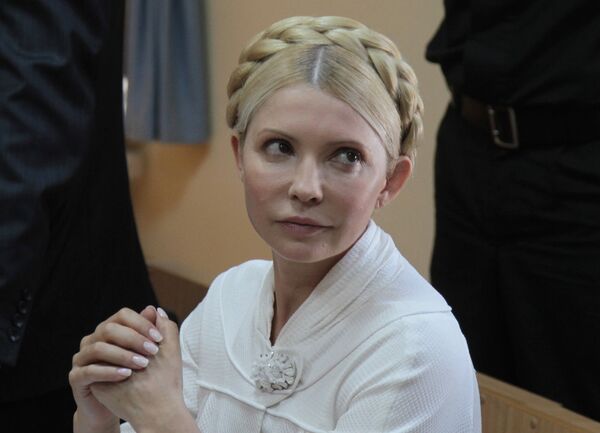 A court in the eastern city of Kharkiv ruled on Monday that the 51-year-old undergo a medical examination to see whether she can attend further hearings, Tymoshenko's Batkyvshchina party said.

She has been suffering from back pains.

Tymoshenko has denied wrongdoing as head of United Energy Systems of Ukraine in the mid-1990s.

A German doctor who checked on Tymoshenko over the weekend advised against disturbing her "so as not to harm her successful treatment process."

Tymoshenko was jailed for seven years in October 2011 for overstepping her authority as prime minister in signing a 2009 gas deal with Russia.

The United States, the European Union and Russia have condemned Tymoshenko's conviction.

Tymoshenko has dismissed the charges as political revenge by arch-rival Ukrainian President Yanukovych.