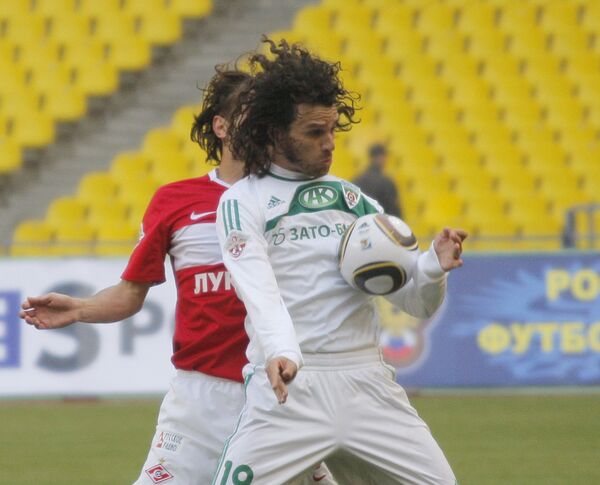 The former Boca Juniors striker, 34, has played in Russia since 2003 and joined Rostov in August 2011 on a one-year contract.

“It was very pleasant to play in Rostov all this time and I’m happy that I was able to help the yellow and blues,” Bracamonte said on the Rostov website.

“I will always remember this stage of my career with warmth.”

Bracamonte joined Torpedo Moscow in 2003 from Boca, and stayed with the club when it was renamed FC Moskva, remaining there for six years until 2009, the club’s last year in the Premier League before folding due to financial problems.

He then spent two years at Terek Grozny, briefly holding a player-coach role as assistant to Ruud Gullit.

Bracamonte was nicknamed “Pushkin” by many Russian fans because of his supposed resemblance to the Russian poet and author.