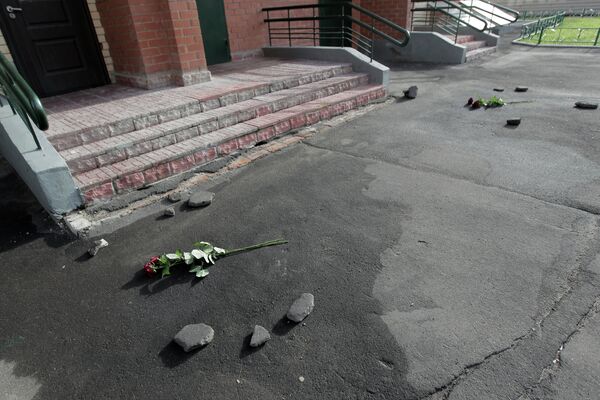 A resident of the Moscow Region town of Dolgoprudny killed her two small children by throwing them from a balcony on the 15th floor on Sunday, investigators said.

A resident of the Moscow Region town of Dolgoprudny killed her two small children by throwing them from a balcony on the 15th floor on Sunday, investigators said.

“Suspect Galina Ryabkova was questioned and said she was fed up with the children, so she decided to get rid of them,” Russian Investigative Committee spokesman Vladimir Markin said.

A law enforcement source told RIA Novosti that during the questioning, the woman was behaving oddly but calmly, saying that no one needs her. She said her children - two boys aged four and seven - were now "angels in heaven.”

Russian media suggested the reason for the murder was probably that the woman, who has been detained, had suspected her husband of cheating on her.

The family lived in a two-room apartment on the eighth floor. Ryabkova got to the 15th floor and threw her younger son, then her elder son from a balcony, according to investigators.

A source said the woman’s husband was away on business.

Markin said Ryabkova had earlier tried to commit suicide. She will be made to undergo a psychiatric examination.

“The family moved to Moscow from Volgograd a few years ago and had generally positive characteristics. However, the suspect planned to divorce her husband soon,” he said.

“She had made a suicide attempt before her wedding,” Markin said.

Ryabkova may face life in prison.