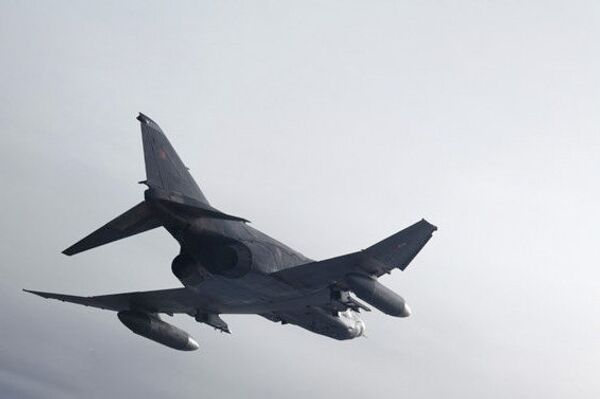 Rescue teams have located the wreckage of a Turkish jet shot down by Syria’s air defense forces, TRT state television reported on Sunday.

Rescue teams have located the wreckage of a Turkish jet shot down by Syria’s air defense forces, TRT state television reported on Sunday.

The wreckage of the jet was found in the Mediterranean waters at a depth of 1,000 to 1,300 meters. The search and rescue teams were searching for the two missing pilots in coordination with the Syrians, the TV channel said.

The RF-4E reconnaissance aircraft disappeared over the Mediterranean, near the Syrian coast, at about 09:00 GMT on Friday.

The Turkish reconnaissance plane “was performing a test and training flight to control the operation of the national radar and its flight was not aimed against Syria,” the minister said.

The plane was shot down in international airspace and fell in Syria’s territorial waters, he said.

Syria has claimed it shot down the Turkish warplane over its territorial waters after it intruded into its airspace. The Syrian Foreign Ministry has said this was not an act of aggression against Turkey but defense of the country’s sovereignty.

Davutoglu said Turkey as a NATO member country had requested an extraordinary NATO meeting over the jet downing.