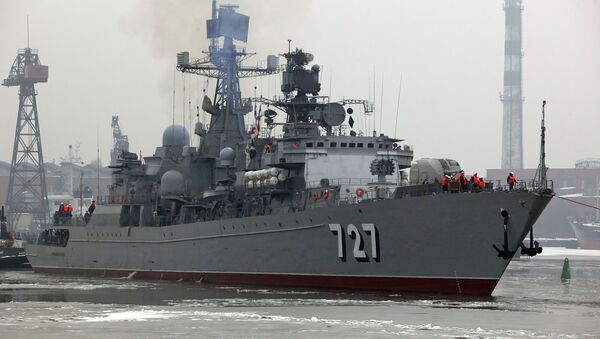 Russia's Yaroslav Mudry frigate will join the FRUKUS international naval drills that will kick off in the Baltic Sea on Sunday, a Russian Defense Ministry spokesman said.

The drills will consist of several stages including joint maneuvering, repelling airstrikes and attacks of fast-speed boats, artillery practice and ship rescue exercises.

Previously called RUKUS, the exercises were launched in 1988 to promote dialogue between the Soviet Union, Britain, and the United States. The name was changed to FRUKUS in 2003, when France formally joined the group.

The Yaroslav Mudry is a Neustrashimy-class multi-purpose sea- and ocean-going ship intended to engage surface and sub-surface targets. It is equipped with powerful air defenses and is capable of rendering artillery support to ground troops.