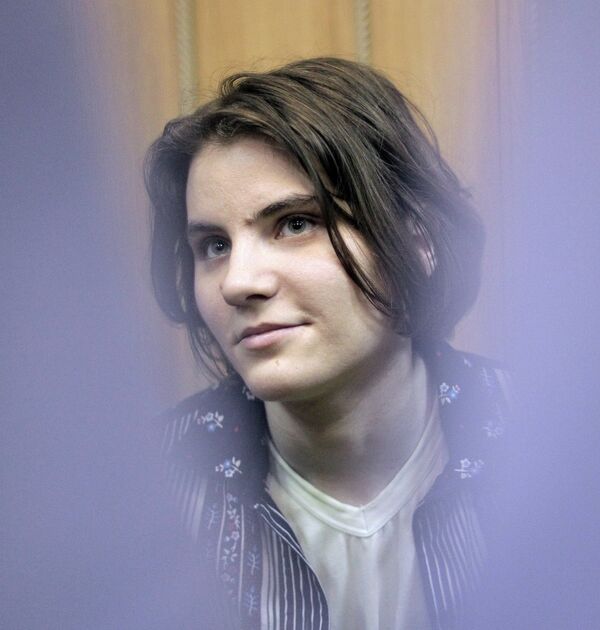 A Moscow court on Wednesday prolonged the detention of Yekaterina Samutsevich, a member of the female punk group Pussy Riot, until July 24 on hooliganism charges.

Earlier in the day the same decision was made for two other Pussy Riot members, Nadezhda Tolokonnikova and Maria Alyokhina.

Five masked members of Pussy Riot sang an acapella version of a song entitled "Holy Sh*t" at the altar of the Christ the Savior Cathedral in Moscow in February. The lyrics included lines such as "Holy Mother, Blessed Virgin, chase Putin out!"

Pussy Riot said the performance was a response to Orthodox Church head Patriarch Kirill's backing of President-elect Vladimir Putin in the run-up to his landslide March 4 election victory. The patriarch called the 12 years of Putin's rule a "miracle of God" in a televised meeting.