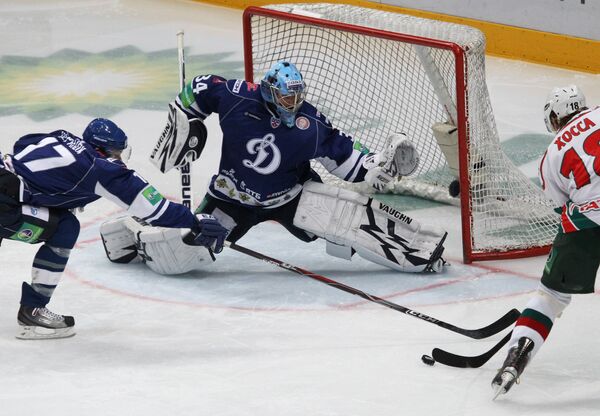 The Russian defenseman has signed a two-year deal with Dynamo after his one-year entry-level contract with the Panthers expired.

“Defenseman Roman Derlyuk has signed a two-year contract with Dynamo,” the KHL team said in a website statement.

Prior to joining the Panthers organization last year, Derlyuk spent a total of five years with the Dynamo and MVD teams, which merged to form the current Dynamo KHL team in 2010.

Florida drafted Derlyuk as a sixth-round pick, and 164th overall, in the 2005 NHL entry draft.

In 123 KHL games for Dynamo and MVD, St. Petersburg-born Derlyuk has notched up 10 goals and 25 assists.

Dynamo won the Gagarin Cup in April with a 4-3 series victory over Avangard Omsk, becoming the first team from the Western Conference to win the KHL's highest honor.