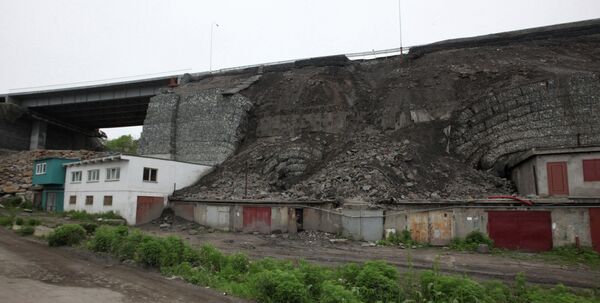 The road was built to connect the airport of Vladivostok with Russky Island, which will host the Asia-Pacific Economic Cooperation summit in September 2012. The work cost 29 billion rubles ($930 million), including 21 billion rubles provided by the Russian government.

“Despite the rich endowment, it is obvious that the construction quality was quite low,” Medevdev said.

“Aside from the damage to the roadbed and collapse of the retaining wall, facilities located nearby, including private garages, were also affected,” Medvedev said, adding that compensation for the damage should be paid promptly.