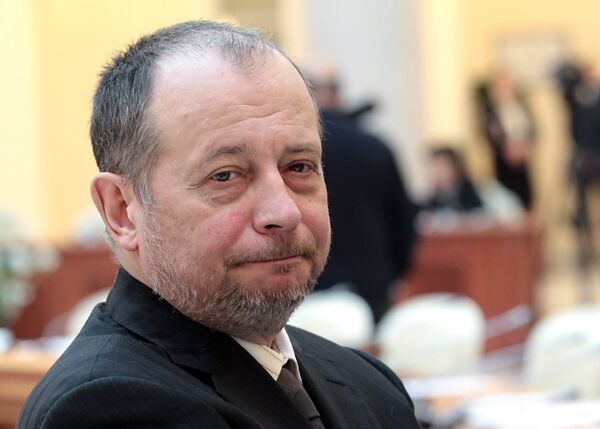 “It was a general cargo of non-military purpose featuring electrical equipment and repair parts (rotor blades) in containers and wooden crates,” the company said in a statement, calling the reports “absurd speculations.”

The UCL Holding’s statement comes after several Russian and Western media as well as a U.S.-based advocacy group, Human Rights First, reported in late May that the Russian-flagged bulk cargo vessel Professor Katsman, operated by Lisin’s shipping company, docked at the Syrian port of Tartus on May 26, allegedly carrying weapons for the President Bashar Al-Assad’s forces.

Soon after the reports the U.S. Secretary of State Hillary Clinton and the U.S. Ambassador to the United Nations Susan Rice have lashed out at Russia over its alleged arms supplies to Syria. Moscow strongly rejected the claims, saying that Russia was not “delivering to Syria, or anywhere else, items that could be used against peaceful demonstrators.”

Foreign Minister Sergei Lavrov said on Wednesday that Moscow was “completing right now the implementation of military contracts that were signed and paid for a long time ago.”

“We feel really upset when some politicians use inaccurate and unverified information. As a result, a well-respected people support statements which are based not on pure facts, but on gossips and their own stereotypical notions from the times of “Cold War,” UCL Holding said.

Syria is one of Russia’s major weapons clients, and Moscow has opposed a proposal for a UN arms embargo on Damascus.

According to UN estimates, about 10,000 people have been killed in Syria since the beginning of a popular uprising against President Assad in March 2011, which started with peaceful protests but has since grown increasingly militarized.