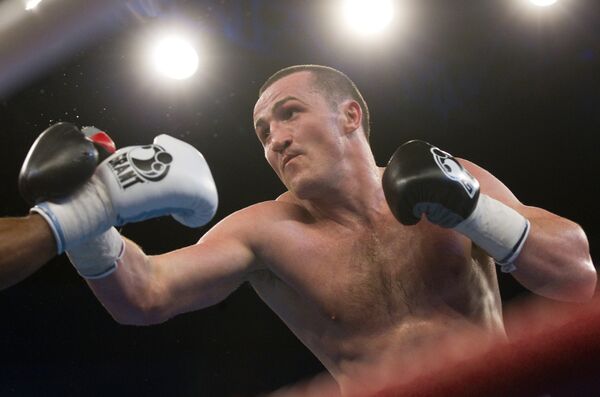 The bout would be 40-year-old Jones’ first defense of his belt since a sixth-round stoppage of Michael Marrone in November.

“Today I reserved the CSKA basketball arena to hold the fight on a day in the second week of October,” Hrunov said.

“I’ve had talks with sponsors and today I’m going to send an offer to Don King to hold the match in Moscow in October.”

Should Hrunov and King fail to reach an agreement by June 29, Hrunov said he would be prepared to submit a purse bid in a mandatory WBA auction to determine Jones’ challenger.

Jones has won 38 of his 43 professional fights, 30 of them by knockout, lost three and drawn two.

The fight would be Lebedev’s second shot at a full title after he lost to German fighter Marco Huck in a bout for the WBO belt in 2010.

The Huck defeat is the only mark on an otherwise spotless 25-1 record for the Russian southpaw.