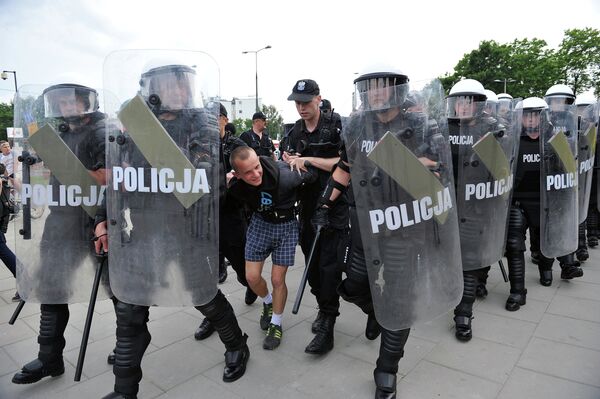 Russia received a six-point suspended points deduction for Euro 2016 qualification while the union was fined €120,000 for crowd disturbances and the use of pyrotechnics at Russia's opening 4-1 win over the Czech Republic.

“A very harsh decision came about after the disciplinary committee watched a recording of a steward being beaten,” Fursenko said.

The penalty should have been reduced because fans said that one of the stewards deserved a beating, Fursenko suggested.

“It’s especially harsh after the fans commented that he deserved it.”

Alexander Shprygin, head of the All-Russian Fans’ Union, told R-Sport on Saturday that Russian supporters had given one steward “a kicking” after he had tried to detain a Russia fan in a “heavy-handed” manner.

The steward had tried to detain a nearby fan rather than looking for a supporter who had earlier thrown a flare, Shprygin said.

Fursenko said that the Russian Football Union would try to recover the costs of the fine from the flare-thrower.