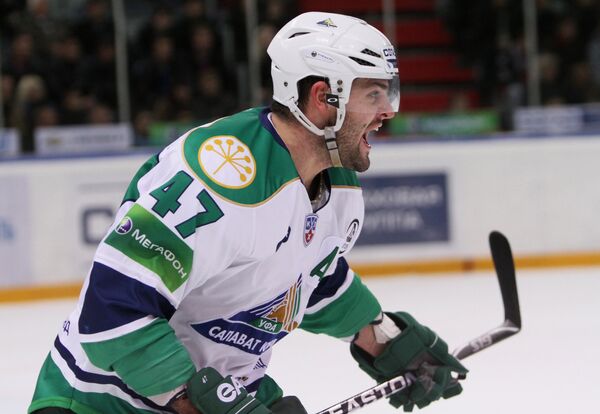 Radulov is an unrestricted free agent in North America after seeing out his NHL contract at the Nashville Predators and is reportedly a target for the New York Rangers, CSKA and big-spending St. Petersburg team SKA.

“The sporting rights for forward Alexander Radulov have been transferred from HC Salavat Yulaev for monetary compensation,” the KHL said, adding that CSKA was the recipient.

Radulov played two years of his three-year non-negotiable NHL entry contract in Nashville before returning to Russia with Salavat.

He rejoined the Predators in March, but had a dispute with the management over team discipline and was suspended for two games.

As part of the deal governing Radulov’s return to the NHL, his KHL playing rights remained with Salavat.

CSKA won 32 titles in the Soviet era but finished 18th of 23 teams in the KHL last season and was eliminated in the first round of the playoffs.

After financial problems, the team was bought by state oil company Rosneft, which has promised to revive its fortunes.