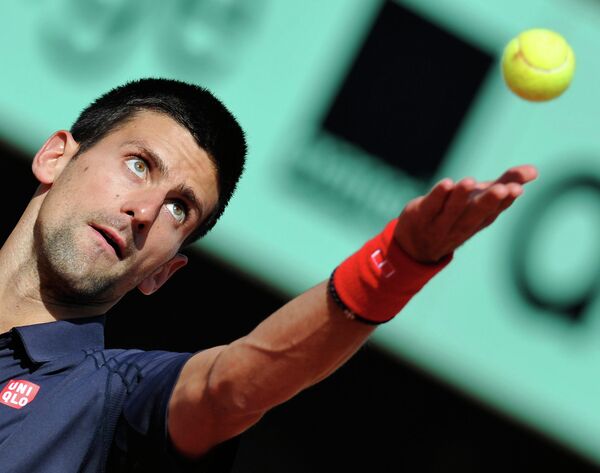 Taking on Rafael Nadal in the final will be the "ultimate challenge" for world No. 1 Novak Djokovic

Taking on Rafael Nadal in the final will be the "ultimate challenge" for world No. 1 Novak Djokovic, the Serbian player has said.

Djokovic overcame Roger Federer in straight sets in the semifinal Friday to set up a final with Nadal, who crushed fellow Spaniard and sixth seed David Ferrer 6-2, 6-2, 6-1 in his semifinal match.

The only way for the Serb to beat Nadal on clay is to play consistently at his best, he said, but his strong form over the last 18 months gives him confidence.

World No. 3 Nadal will be chasing his seventh title at Roland Garros while Djokovic will be fighting for his fourth straight Grand Slam title after winning Wimbledon and the U.S. Open in 2011 and the Australian Open in January.

He beat Nadal in all three of those finals.