Sharapova: I’ll Only Cut My Hair When I Retire 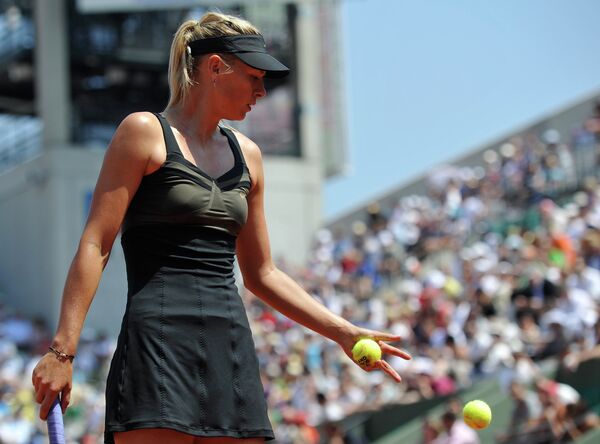 Russian world No. 1 Maria Sharapova will not cut her signature long blonde hair until she retires from tennis, she said Friday.

Russian world No. 1 Maria Sharapova will not cut her signature long blonde hair until she retires from tennis, she said Friday.

Sharapova appeared to show off a new short hairdo on her Facebook page in April, to mixed reactions from her many fans, but later revealed that the photos were a hoax.

“I liked the experiment with short hair, how I looked,” she said.

“But playing with that haircut, I think, would be uncomfortable. When I finish playing then I’ll probably cut it.”

Sharapova will face Italy’s Sara Errani in the final of the French Open on Saturday.

Reaching the final ensured Sharapova will take the world No. 1 spot from Victoria Azarenka for the first time since a long injury layoff in 2008 and 2009 that saw her drop out of the top 100.