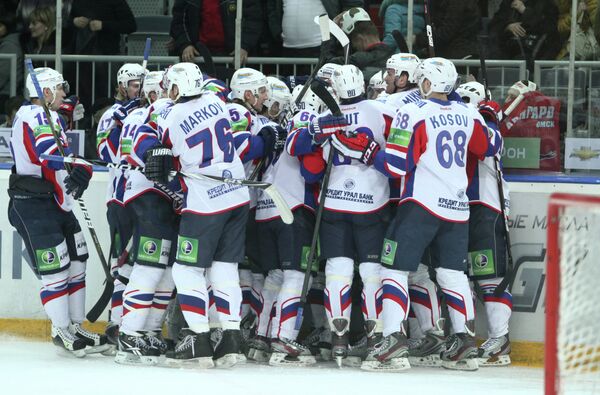 Maurice put pen to paper on a one-year deal, the Siberian team said.

"The agreement is for one year," Metallurg said on its website.

Two-time Stanley cup winning-goaltender with the Pittsburgh Penguins will be Maurice's assistant and goaltendending coach.

Maurice's NHL coaching record includes a total of 11 seasons in two spells with the Hurricanes, as well as a season at the Hartford Whalers and two with the Toronto Maple Leafs.

In November 2010 Maurice became the youngest ever coach to reach the mark of thousand NHL games, aged 43.

Barrasso, 47, made 777 NHL appearances for teams including the Buffalo Sabres, the Penguins, and the Ottawa Senators.

After playing under Maurice at the Hurricanes, he became the goaltendending coach there in 2007 and Maurice's assistant the following year.