Red Cards as Greeks Draw With Poland in Euro 2012 Opener 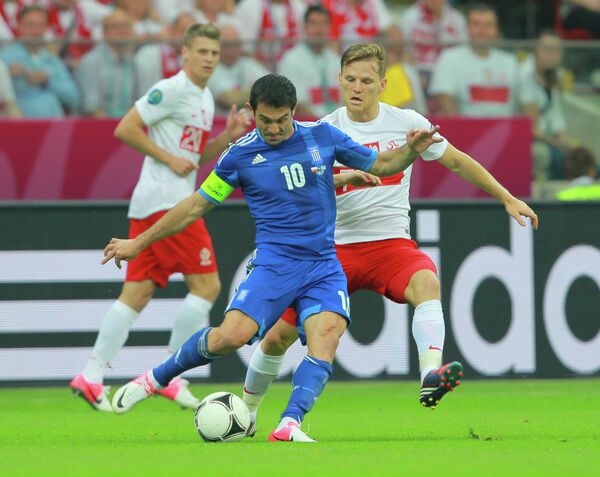 Dimitris Salpingidis led Greece back from a goal and a man down to take a 1-1 draw with co-hosts Poland in the opening game of Euro 2012 in Warsaw on Saturday.

Dimitris Salpingidis led Greece back from a goal and a man down to take a 1-1 draw with co-hosts Poland in the opening game of Euro 2012 in Warsaw on Saturday.