Azeri Army ‘Ready’ to Flush Armenians Out of Karabakh 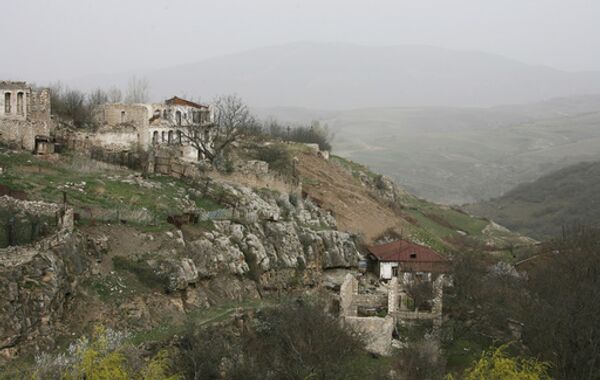 “The head of state has repeatedly stated that Azerbaijan will never put up with the injustice. This statement holds true to date,” he said.

Commenting on the recent Armenian “provocation” on the frontline, which led to the death of five Azerbaijani servicemen, Gasanov said it was evidently aimed against U.S. Secretary of State Hillary Clinton’s visit to the region, also dropping a vague hint at Russia.

“Presumably, some states patronizing Armenia were unhappy with the U.S. state secretary’s visit, and they organized that incident,” Gasanov said.

Clinton visited Azerbaijan, Georgia and Armenia between June 4 and 6.

On Thursday, Armenian President Serzh Sargsyan said Armenia did not want an escalation of tensions with Azerbaijan but promised to respond to any attacks on its citizens, borders and Nagorno-Karabakh.

An Azerbaijani commando group attempted to penetrate Army positions in Karabakh in the early hours of Wednesday but was pushed back, the Nagorno-Karabakh Republic’s Army press and propaganda department said.

Clinton condemned the ongoing border clashes, saying that "the use of force will not resolve the Nagorno-Karabakh conflict."

The Armenian and Azerbaijani foreign ministers have agreed to hold talks over Nagorny Karabakh on June 18 in Paris, following a call from the OCSE Minsk Group mediating the conflict.