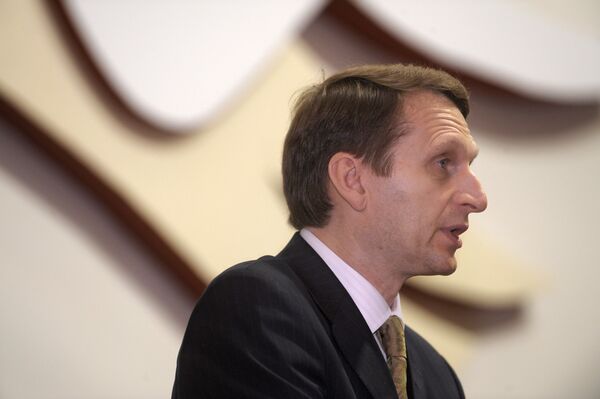 The Federal Guard Service and the Interior Ministry held separate probes into the story and ruled that it did not involve Naryshkin, the agencies said.

A video surfaced online earlier this week showing a convoy of black sedans and police cars traversing a road while traffic police blocked traffic, including an ambulance.

The incident took place in October during Naryshkin’s visit to the town of Vsevolozhsk in the Leningrad region and involved his convoy, Lifenews.ru tabloid said on Wednesday. The man in the ambulance died on the hospital’s threshold after the delay, the report added.

Neither the Federal Guard Service nor the Interior Ministry specified to whom the convoy in the video belonged.