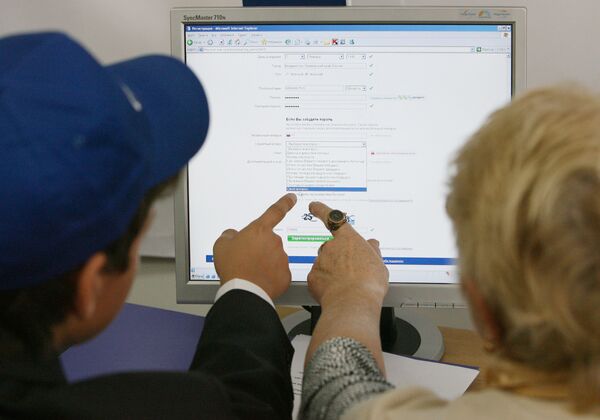 All websites and web pages containing banned pornography, drug ads and promoting suicide or extremist ideas should be put on a unified digital blacklist, Russian legislators said on Thursday.

All websites and web pages containing banned pornography, drug ads and promoting suicide or extremist ideas should be put on a unified digital blacklist, Russian legislators said on Thursday.

In a rare show of unity, all four party factions in the State Duma teamed up to draft a bill proposing to create the blacklist, which was introduced in the parliament on Thursday, the legislature’s press service said.

The unified roster of banned information will be run by a federal agency to be appointed by the government, the press service said.

The agency will have the right to add items to the list, as will the courts, which already have the authority to ban extremist and other types of content that violates Russian legislation, the report said. It did not elaborate on the criteria for including websites on the list.

The Justice Ministry is already running a blacklist of extremist materials banned by courts, which comprises websites and offline publications, as well as musical recordings and leaflets. The list currently has 1,199 entries.

The Kremlin and the government did not comment on the bill as of Thursday evening. Then-President Dmitry Medvedev spoke against stepping up regulations of the internet during his tenure in office which ended in May when he handed over the job to Vladimir Putin, who admitted in the past to not being an active internet user.