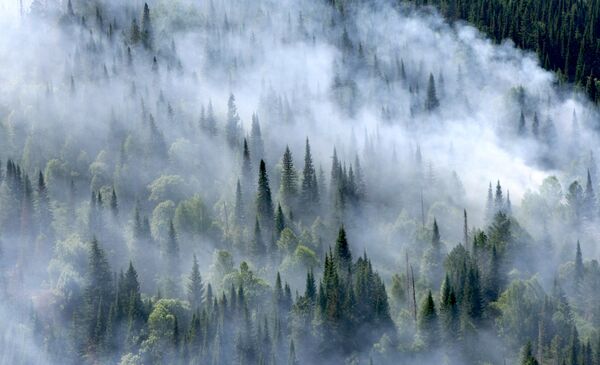 On Wednesday 14 airborne troopers from Tuva air base were putting out a 500 hectare forest fire. Becoming trapped by flames, six managed to escape, but the others perished before help could arrive.

The republic of Tuva declared a state of emergency on July 5, with 14 fires ablaze, covering 4570 hectares, being fought by 178 people, 27 units and 4 aircraft. The fight against the fires has been hampered by weather conditions with hot dry weather and strong winds prevailing in Tuva.

The fires are in remote mountainous areas at altitudes above 2000 metres.

A criminal case investigation into the death of the paratroopers has been initiated. The Federal Forestry Agency will allocate 500,000 rubles to relatives of those troopers killed fighting the fires.

The number of forest fires in Russia has increased to 132 during the day, with the most critical situations unfolding in Siberia and the Far East, according to the Forestry Agency. The forest fires are believed to have been triggered by thunderstorms, agricultural burning, and careless fire handling practices.