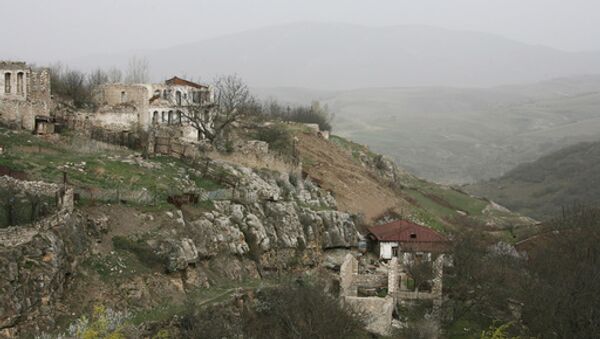 Karabakh army units spotted the enemy, engaged it and pushed it back. “The enemy has suffered significant losses as a result,” the Army said.

One Karabakh soldier was killed and two injured in the clash.

The Azerbaijani tactics “can lead to unpredictable consequences for Azerbaijan,” the Nagorno-Karabakh Republic’s Army said.

The servicemen were killed in a skirmish after Armenian troops attempted to enter the Azerbaijani Army’s territory in the village of Ashagy-Askipara, in the Gazakh district in northwestern Azerbaijan, the ministry said.

U.S. Secretary of State Hillary Clinton, currently on a visit to the North Caucasus states, condemned the ongoing border clashes on Monday, saying that "the use of force will not resolve the Nagorno-Karabakh conflict."

Meanwhile, the Armenian and Azerbaijani foreign ministers have agreed to hold talks over Nagorny Karabakh on June 18 in Paris, following a call from the OCSE Minsk Group mediating the conflict.