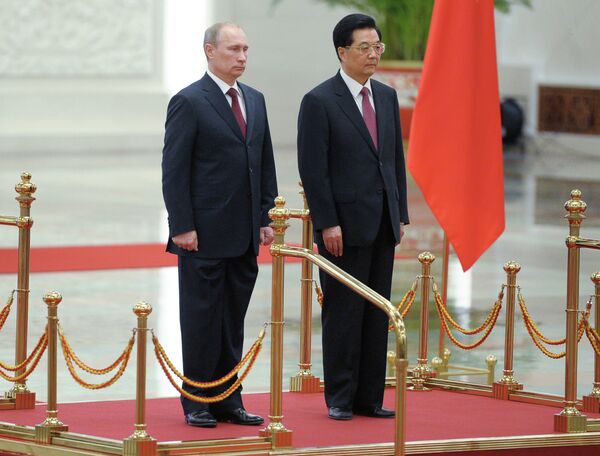 Putin’s visit to China is his first since resuming the Russian presidency on May 7. A total of 17 agreements were signed, covering cooperation in industry, tourism, nuclear power, energy, and direct investment.

Russia’s United Aircraft Corporation and China’s Comac signed a memorandum of understanding on manufacture of a wide-body long-range aircraft while the North Caucasus Resorts joint-stock company, Dalian Wanda Group and China Oceanwide Holdings Group signed a letter of intent on cooperation in the development of a tourist cluster.

As was widely predicted, there is still no price agreement between Moscow and Beijing on a long-standing gas delivery agreement.

The biggest stumbling block for the anticipated 30-year gas deal between the world's largest gas producer and the fastest growing energy market, is the gas pricing formula. Russia wants to sell its gas to China for $400 per 1,000 cubic meters, the same price it sells gas to Europe, while China, which intends to buy up to 68 billion cubic meters per year, wants to pay $250.

In 2010, Moscow and Beijing signed a binding agreement covering the creation of two export corridors to supply Russian gas to China. The first would be supplied with gas from fields in Western Siberia, while the second envisages development of gas deposits in Eastern Siberia, Russia's Far East and the Sakhalin shelf.

For China, imports of Russian gas will provide further supply for its rapidly growing gas market, which has already attracted increased volumes of liquefied natural gas and gas shipped on a pipeline from Turkmenistan.

China may more than double natural gas consumption in the next five years, according to a report by the International Energy Agency (IEA) published on Tuesday.

Russia and China found common language in foreign affairs, and undertook to cooperate to ensure security in the Asia Pacific region.

“We believe our joint initiative to strengthen security in the Asia Pacific region is important,” Putin said. “In this context we will, of course, maintain relations between our defense ministries.”

“We are for the formation of an open and equal architecture of security and cooperation, based on the principles of international law in the region,” he added.