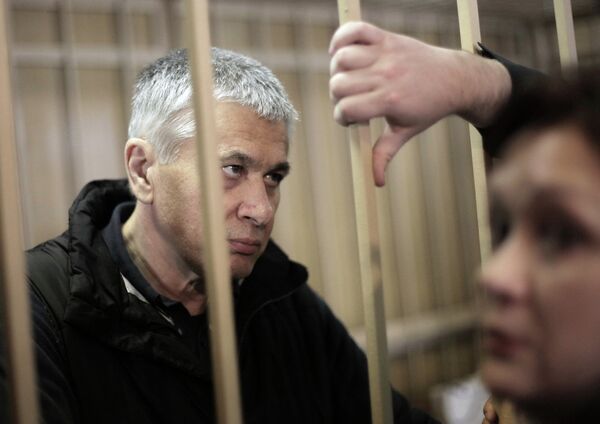 A former Russian police general who was convicted on Monday in a $10-million swindle related to defunct Russian oil company Yukos said he would appeal the verdict.

A former Russian police general who was convicted on Monday in a $10-million swindle related to defunct Russian oil company Yukos said he would appeal the verdict.

Alexander Bokov, who used to head the Interior Ministry’s bureau for combating organized crime in CIS countries, was sentenced to nine years in prison by a district court in Moscow.

Two of his alleged accomplices were given seven and four years, respectively, on the same charges of large-scale fraud perpetuated through abuse of office.

The court ordered the confiscation of $10 million worth of the convicts’ property, including real estate, cars and bank savings, to cover the damages.

Bokov said the sentence was groundless and promised to appeal. His lawyer Larisa Maslennikova said the court dismissed evidence presented by the defense and ignored the fact that the victim of the alleged swindle, Alexei Chegodayev, himself had a criminal record for fraud.

Investigators said that Bokov interfered with Chegodayev’s plans to purchase the Volgotanker oil transportation company in 2005, saying the firm was part of Yukos, the oil company of Mikhail Khodorkovsky that was bankrupted in what most observers called a Kremlin-ordered crackdown on Khodorkovsky over his political and business ambitions.

Bokov told the businessman all Yukos-related matters require the sanction of the Kremlin administration and offered himself as the middleman for the Volgotanker deal, but instead pocketed the money over 2005-2007, investigators said.