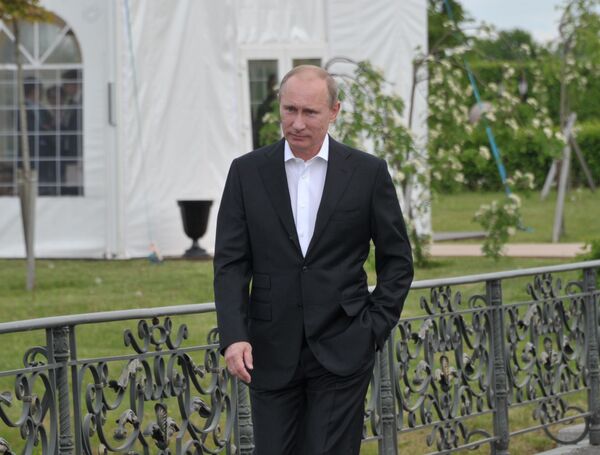 Speaking about visas Putin referred to the Kremlin journalists who, according to his spokesman Dmitry Peskov, were only issued 24-hour visas for covering Putin's recent trip to France and Germany.

“Because we started the news conference fairly late in the evening, their visas were under threat of running out. Were they supposed to stand up and leave?” Putin asked.

But opening the main session of the Russia-EU summit in Strelna near St. Petersburg, Putin said the sides had exchanged opinions on the Russian and euro zone economies during an informal dinner on Sunday. He said the EU shared 50% of Russian trade.

“So we are interested in a strong European Union,” he said, adding that the sides should work for both Eurasian integration and stronger Russia-EU ties.

“We do not see any problems between combining Eurasian integration and the development of our relations with the EU,” Putin added.

Last month, Putin cancelled a scheduled visit to the G8 summit in the United States over what his spokesman said was the pressing need to finalize a new cabinet following his May 7 inauguration for a third term. Prime Minister Dmitry Medvedev attended the summit instead.