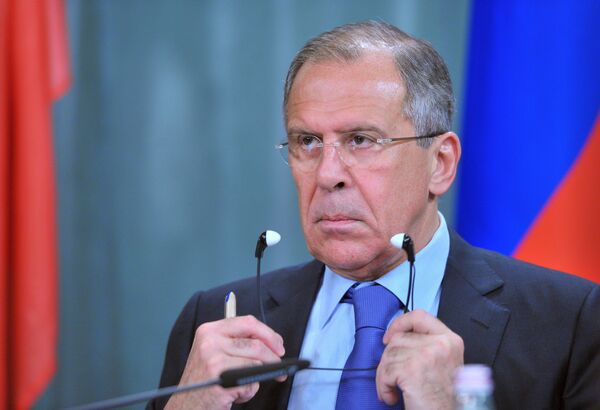 Lavrov discussed the matter with Annan in a phone conversation earlier in the day.

“To help the envoy, Russia is ready to consider further moves which would coordinate international efforts on Syria,” a Foreign Ministry statement issued following the phone conversation quoted Lavrov as saying.

The Russian minister emphasized that it is crucial to “consolidate efforts of all key players thus providing fully-fledged implementation of Annan’s proposals,” the document said.

Moscow is looking for regular meetings with Syrian authorities and opposition leaders. “We believe that our partners and especially those of them who have influence on Syrian opposition groups will act in the same manner,” the document said.

According to the UN, the six-point plan put forward by Annan in March calls for an end to violence and access for humanitarian agencies to Syria. It also says detainees should be released, inclusive political dialogue started with account for the aspirations of the Syrian people, and unrestricted access of international media to the country ensured.

Over 9,000 people have been killed in clashes between the government and opposition forces in Syria since the start of the uprising against President Bashar Assad regime, according to UN estimates.

Russia and China have twice vetoed UN Security Council resolutions over what Moscow called a pro-rebel bias since the start of the uprising against Assad, but have supported UN special envoy Kofi Annan’s peace plan. Moscow insists that both the government and “armed terrorist gangs” operating in Syria should be held responsible for the unrest.

French President Francois Hollande on Tuesday said on TV that he did not rule out military intervention in Syria if approved by the UN Security Council.

Over 100 people, including dozens of children and women, were killed in Houla in Homs province, in the May 25-26 attack that was one of the deadliest single events since the uprising against Assad began in March 2011.