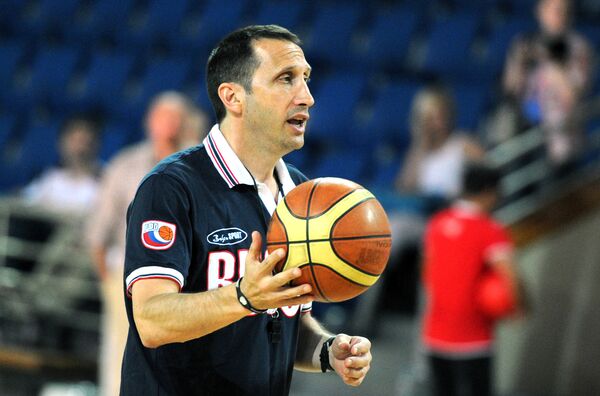 Russia seek to improve upon their best Olympic performance of fifth at Beijing 2008 in London, but have yet to negotiate the qualifying tournament in Venezuela next month.

"With these players were are able to overcome the most serious challenges," Blatt said.

He warned that the country didn't "have the right" to slip up in its quest for one of three Olympic berths at the 12-team Caracas tournament, which starts July 2.

Russia plays its group stage games against the Dominican Republic and South Korea. The Russians' possible opponents are Angola, New Zealand and Macedonia.

Kirilenko, after spending a decade in Utah, returned to his old team CSKA Moscow in October due to the NBA lockout.

In his first season back, the 29-year-old became the regular season MVP for Eastern Europe’s VTB basketball league, and also was voted the Euroleague's top defensive player.

Khryapa rejoined CSKA in 2008, while Sergei Monia, who also spent half a season at the Sacramento Kings, joined Khimki in 2010 after returning from the NBA in 2006 to play for Dynamo Moscow.

Denver Nuggets center Timofey Mozgov is the only Russian left in the NBA.