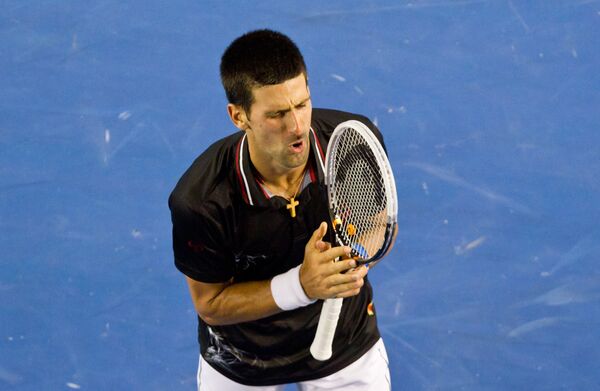 World No. 1 Novak Djokovic continued his flawless start to the French Open on Friday, breezing past outsider Nicolas Devilder in straight sets.

World No. 1 Novak Djokovic continued his flawless start to the French Open on Friday, breezing past outsider Nicolas Devilder in straight sets.

Djokovic, yet to drop a set in three matches, has a fearsome 7-0 head-to-head record against Seppi, with the last three wins coming on clay.

The Swiss third seed took the first set but the 89th-ranked Frenchman rallied to level the score in the second.

It appeared normal service has resumed in the third as Federer dropped just two games, but the 16-time Grand Slam champion needed all of his experience to prevent it going to a decider.

If he prevails, Federer will face a seed for the first time in the quarterfinals in the shape of ninth seed Juan Martin Del Petro, who beat Marin Cilic, or seventh-seeded Czech Tomas Berdych, who took five sets to defeat Kevin Anderson of South Africa.

In the women's draw, world No. 2 Maria Sharapova demolished Ayumi Morita of Japan on Friday to book passage into the third round. Sharapova handed out a 6-1, 6-1 thrashing to the world No. 84 and has now spent less than two hours on court in her first two matches at Roland Garros.

For the Pole, it was her sixth defeat in a row against Kuznetsova, in a streak stretching back to 2009.