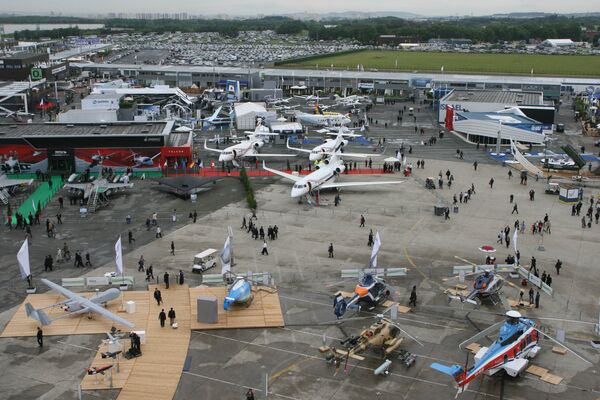 The tripartite contract is based on a Russian-Indian inter-government agreement for joint design, development and production of the aircraft on 50:50 cost sharing basis by the joint venture partners. HAL and UAC have agreed to invest some $300 million in the project each.

The partners will also work with Russian defense holding, Rosoboronexport, to co-develop the aircraft, which will be built in Russia and India.

MTA, as shown in a diagram on HAL's website, will be a high wing, T-tail design with a pair of underwing turbofans.

The plane is being designed to replace the ageing Antonov An-24/26 series of turboprop transport aircraft.

Capable of flying to a range of 2,500 kilometers at a maximum speed of 800 km/h, MTAL is officially expected to be test-flown in 2017, with serial production due to begin in 2019.

However, Russian and foreign experts agree that if the pace of the project, which has been in the works for over a decade, remains slow it would have no future.

“Judging by the dynamics of MTA program, the design and construction of a prototype could be finished by 2022, and the plane could make its maiden flight by 2025,” says Konstantin Makiyenko, deputy director of the Center for Analysis of Strategies and Technologies.

“Setting up serial production will take another few years and by that time the project will become obsolete,” Makiyenko believes.

“The pace of the program has been leisurely, partly as result of trying to bring together differing military requirements, sorting out industrial participation, and funding,” Douglas Barrie, a senior fellow for military aerospace with the International Institute for Strategic Studies, agrees.

In his opinion, “the framework agreement is a sign of progress, potentially, but only if the impetus is now sustained.”

MTA’s major competitor is Brazilian Embraer KC-390. Brazil has made significant progress in the development of this aircraft. Its maiden flight is expected as early as in 2014.