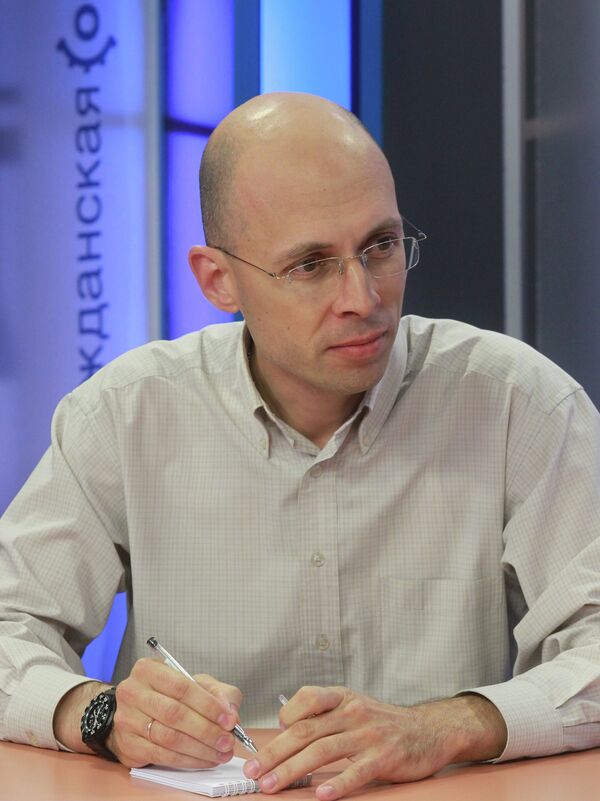 According to police, an unknown man called Aslanyan at 11.30 pm and asked him to come out for a talk. As soon as the Aslanyan left his house the man attacked him, hitting the journalist on the head and stabbing him on the chest, neck and an arm, before disappearing.

Aslanyan himself managed to call police and was later hospitalized at a major Moscow clinic where he was operated on. “The patient was brought last night to the operating room, now he is in intensive care,” said at the hospital.

Moscow police initiated an investigation over assault and seized CCTV footage hoping to establish the identity of the attacker.

It is believed the crime may be related to Aslanyan’s work. Newspaper Izvestia suggested it may be connected with provocative remarks by the journalist on religious themes

On May 14 on a live radio show on Radio Mayak, Aslanyan discussed the question of choosing a new car, and used the expression, “from rags to riches,” in the context of a discussion about the biography of the Prophet Muhammad, in a manner which has drawn condemnation from some parts of the Muslim community, with some pro-Islamic media publishing negative articles referring to the remarks.

The imam and the congregation of Kazan Zakaban Mosque and the Tatarstan community wrote a letter to the Prosecutor General of Russia, in which they stated that they were offended by Aslanyan’s comments.

The Islamic community is sensitive about perceived attacks on Islam, and its founder. The 2005 publication in Danish newspaper Jyllands-Posten of cartoons depicting the Prophet Muhammad led to a wave of protests and threats directed towards the newspaper.

In Russia, the November 2009 murder of Moscow priest Daniil Sysoev, who had been converting Muslims to Christianity, in St. Thomas' church in southern Moscow has also heightened religious tensions in some sections of the community.

Sergey Aslanyan, who previously worked with liberal radio station Ekho Moskvy, has been with Radio Mayak since 2008, taking part in a range of programs.  Radio Mayak confirmed that Aslanyan had been assaulted.