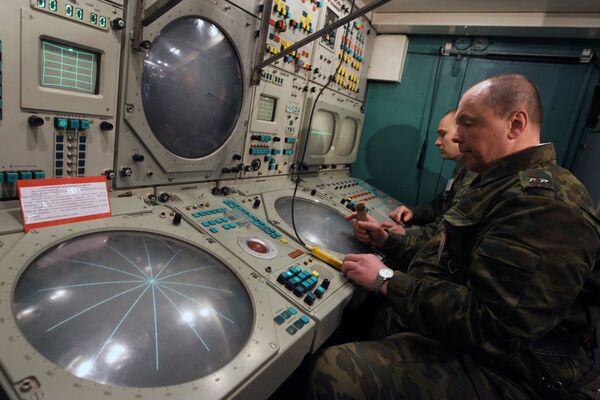 Russia placed its new Voronezh-M long-range missile warning radar on duty in the Irkutsk region of Siberia on Wednesday, marking a major increase in its missile early warning system capability..

"This unique station has massive capabilities and is a key link in carring out our strategic tasks given to us by the high command. It plays a key role in the missile early warning chain," he said at the opening ceremony for the Voronezh-M radar station.

"Once a second Voronezh-M is built, we will no longer have to rely on the Dnepr missile early warning system radars" he added.

The Dnepr system was the Soviet Union's first generation phased-array anti-missile radar system. It was deployed at a number of peripheral sites in the USSR including Latvia, Kazakhstan and Azerbaijan. Russia lost use of these facilities when the Soviet Union collapsed, causing a loss of surveillance capability.

With the introduction of a second Voronezh-M station, the system will have its coverage doubled to 240 degrees, covering an arc from India to the United States.

The new Voronezh-M station can also be more quickly deployed to a new site and requires a smaller crew to operate it compared to previous generation stations. The radar station also uses 40 percent less energy.

It can detect ballistic targets up to 6000 kilometers, while the older Dnepr radar can only detect them at up to 2500 kilometers, Yesin said.