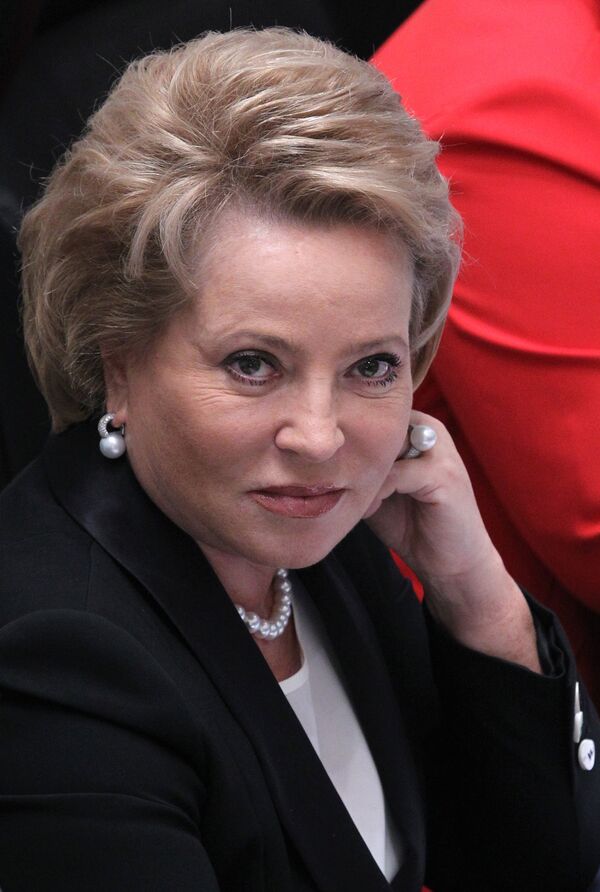 © RIA Novosti . Vladimir Fedorenko
/
Go to the photo bank
Subscribe
Moscow recapitulated its position on European missile defense Monday, saying it will reserve the right to retaliate unless it receives legal guarantees that a NATO missile defense will not be directed at it.

Moscow recapitulated its position on European missile defense Monday, saying it will reserve the right to retaliate unless it receives legal guarantees that a NATO missile defense will not be directed at it.

“In response to our strong demand to provide the Russian Federation legal guarantees that the system will not be aimed at Russia we have received no guarantees,” said Valentina Matviyenko, speaker of the upper house of the Russian parliament, the Federation Council.

Russia has not closed the issue and is in ongoing dialog with NATO, she added.

Moscow has often heard assurances that the European missile defense system is not aimed against it, she said, adding that “we will not be guided by empty declarations but by the system’s military-technical specifications.”

“So far no one has provided us any serious arguments in favor of placing missile defense elements in Europe near the Russian borders,” Matviyenko said.

Nikolai Makarov, chief of the General Staff of the Russian Armed Forces, said in early May that Russia does not exclude a preemptive strike against a NATO missile defense system in Europe as a last resort.

NATO and the United States insist that the shield would defend NATO members against missiles from North Korea and Iran and would not be directed at Russia.