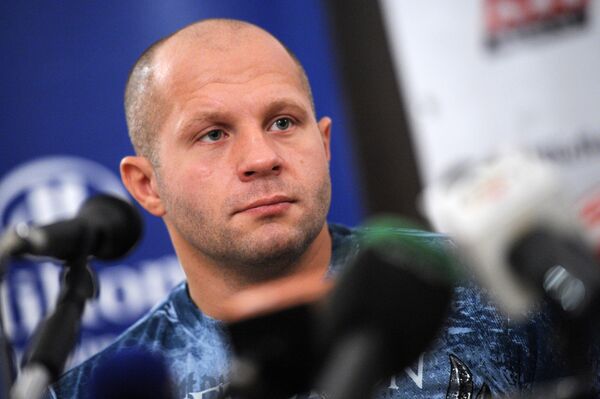 "I think it's time to call it a day," Emelianenko said. "This fight may be my last one."

Emelianenko considers Rizzo one of the world's strongest MMA fighters, he added.

"I have been learning from Pedro's fights and have a lot of respect for him," the Russian said. "He is a fighter of a great maturity, beating many of the strongest."

Rizzo, 37, has a record of 19 wins and nine losses, including victories over Jeff Monson, Josh Barnett and Andrei Arlovski. The Brazilian Muay Thai specialist has won his last three fights.

Emelianenko, 35, is a multiple world heavyweight champion and went undefeated for almost a decade until June 2010, earning the nickname of "the last Emperor" for this record.

After that he suffered three losses in a row - to the Brazilians Fabricio Werdum and Antonio Silva and then to the American Dan Henderson, which made him take a month break to make a decision on his career.

He chose to make a comeback to halt the losing streak, scoring a decision win over Jeff Monson in November in Moscow and then knocking out Japan's Satoshi Ishii in Tokyo on New Year's Eve.

Emelianenko has a record of 34 wins and 4 losses.