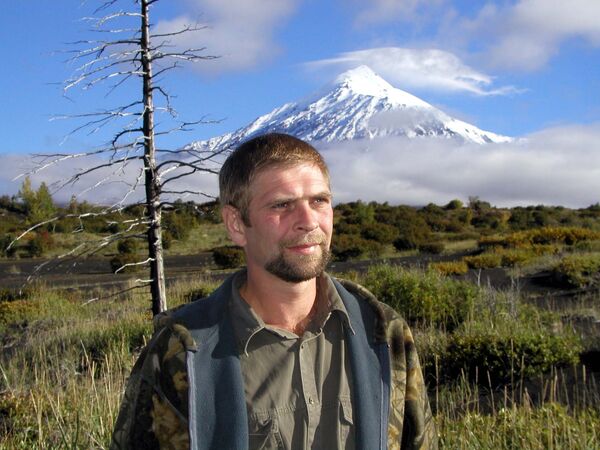 Russia could completely eliminate the need for expensive and environmentally risky offshore drilling in the Arctic if it only improved the energy efficiency of its housing, WWF experts said at a press conference in Moscow on Tuesday.

Russia could completely eliminate the need for expensive and environmentally risky offshore drilling in the Arctic if it only improved the energy efficiency of its housing, WWF experts said at a press conference in Moscow on Tuesday.

The organization, formerly known as the World Wildlife Fund, presented in Moscow its Living Planet Report 2012, the latest edition of its prominently cited biannual report about the state of global environment.

Humanity is currently using 50 percent more resources than the planet is capable of replenishing, with the figure set to reach 100 percent – the equivalent of two planet Earths – by 2030, the report said.

The United States remains the top consumer, with the equivalent of four planet Earths needed to sustain the American lifestyle if the entire world were to adopt this level of consumption, the report said.

Russia is a more moderate consumer, but still above the global average, with 2.5 planet Earths needed if everyone consumed planetary resources like the Russians.

Russia’s environmental footprint is 4.4 hectares per person, comparable to Europe’s showing of 4.7 hectares.

But Russian environment is capable of compensating for a footprint of more than 6 hectares per person, compared to 2.2 hectares in Europe, which makes Russia a donor to the global environment.

“However, this doesn’t mean we can kick back and relax, the gap is shrinking,” Chestin said.

To sustain development, the global community needs to revise the entire system of measuring progress, which currently places the most importance on GDP growth, said Sergei Bobylyov, an expert on environmental management with the Moscow State University.

Greater value should be put into factors like green growth and social achievements such as education, even if they have no immediate impact on the GDP, Bobylyov said at the conference. Otherwise, long-term consequences can be devastating, he said.

The matter will be discussed at the upcoming Rio +20 United Nations Conference on Sustainable Development in Brazil next month, for which the WWF report was timed, experts said.

Nobody Counts the Money

The summit is unlikely to produce any firm agreements, but Russia does not have to wait for the global community in order to begin implementing the much-needed change, Chestin said.

“The country is spending five to six times more on heating one square meter of housing than Norway, where they grow no bananas either,” Bobylyov said.

A complete revamp of the country’s housing in order to make it energy efficient would cost $320 billion, but producing the same amount of energy from scratch using non-renewable sources will cost $1 trillion, Bobylyov said.

“Our biggest resources are in European Russia, not in the Arctic,” Chestin said in reference to the government plans to explore Russia’s northernmost reaches for oil and gas.

Energy-efficient housing can save a lot of money on utilities bills for both residents and management companies, but the former are disorganized and the latter inefficient, Chestin told RIA Novosti on the sidelines of the conference.

Besides, there is the abundant red tape, he said.

“WWF tried to make its Moscow office an exemplary green office, but the city officials prevented it. Turns out you just cannot do it in Moscow,” Chestin said.