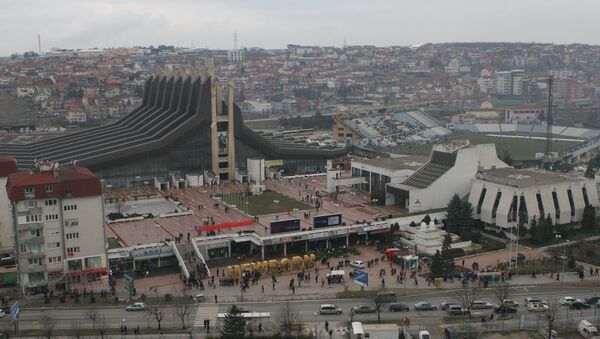 The Russian Foreign Ministry on Monday urged international bodies operating in Kosovo to prevent the region from turning into a training ground for Syrian rebels.

The Russian Foreign Ministry on Monday urged international bodies operating in Kosovo to prevent the region from turning into a training ground for Syrian rebels.

A delegation from the Syrian opposition visited Kosovo in April to allegedly make a deal on exchanging experience in guerilla warfare against ruling authorities.

So far, the fractured Syrian opposition has been unable to form a steady front against the forces of President Bashar al-Assad.

The Russian ministry said in a statement that the talks covered not only the ways of organizing armed resistance against authorities but also the training of Syrian militants in Kosovo.

“There are plans to use the areas [in Kosovo] that resemble the terrain in Syria. The possibility of setting up training camps at the former bases of the Kosovo Liberation Army [KLA] is also being discussed,” the statement said.

“Transforming Kosovo into an international training ground for armed militants may become a serious destabilizing factor that could extend beyond the Balkans,” the document said. “We urge international bodies operating in Kosovo to take all necessary steps to prevent these plans.”

The ethnic Albanian KLA fought a separatist war against the regime of President Slobodan Milosevic in 1998-99. About 10,000 people died in the Kosovo conflict.

Kosovo declared its independence from Serbia in February 2008.

Both Serbia and Russia have refused to recognize Kosovo’s independence.