March Against Union with Russia Gathers 1,500 people in Chisinau 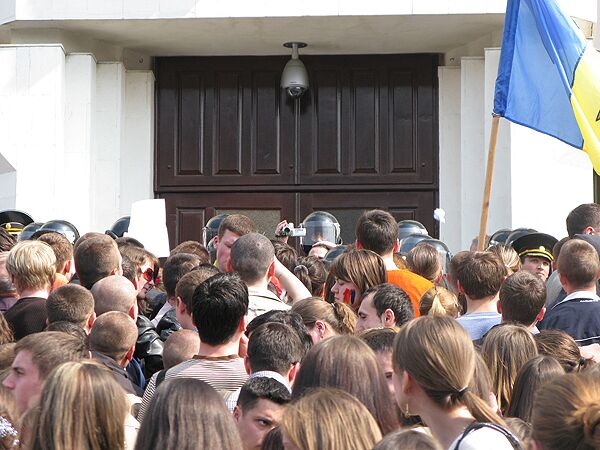 About 1,500 people took part in a march of unionists in front of the Russian Embassy in Chisinau on Sunday, Moldnews reported.

About 1,500 people took part in a march of unionists in front of the Russian Embassy in Chisinau on Sunday, Moldnews reported.

The event was timed to the 200th anniversary of the conclusion of the Bucharest Peace Treaty, signed on May 16, 1812, after the Russian-Turkish war.

The territory of modern Moldova covers most of the historical region of Bessarabia, which was annexed by the Russian Empire in 1812. During the 1917 Russian Revolution, a newly formed parliament declared Bessarabia’s autonomy inside the Russian state.

In 1918, after the Romanian Army entered Bessarabia, the makeshift parliament declared its independence, but then promptly reviewed its position in favor of unification with Romania.

Unionists, supporters of the movement for the unification of Moldova and Romania, consider signing the treaty of Bucharest “the annexation of Bessarabia by the Russian Empire.”

Though permission for 8,000 was received for the march, organizers failed to raise the stated number of participants. The participants marched through the central square of Chisinau, stopping at the Russian Embassy.

The marchers chanted slogans like “Get out of the country!” “Criminals” and also “Putin Vova, bring forth an army from Moldova” and “Russia, do not forget, Bessarabia is not yours!”

As a sign of mourning to mark the anniversary, the participants released black balloons into the air.