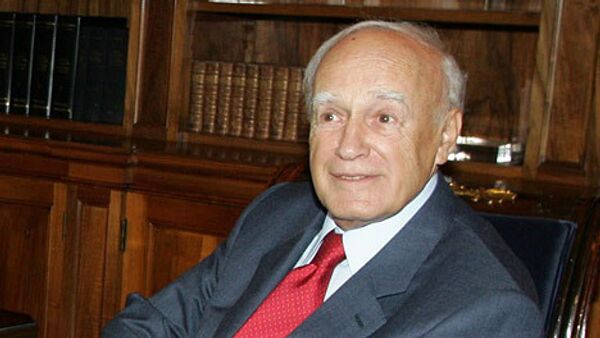 President of Greece Karolos Papoulias will open consultations with leaders of Greek political parties on Sunday to convince them in a final try to form a coalition government, state television channels reported.

Greece held the first general election since the debt crisis hit the country in late 2009 and prompted Greek authorities to implement deeply unpopular austerity measures in exchange for bailout funds from the European Union and the International Monetary Funds to stave off a sovereign default.

The first two political parties to win in the May 6 parliamentary election, were the center-right New Democracy party and radical leftist party Syriza. They both failed to form the coalition government.

The third party to finish was the center-left Pasok, led by Evangelos Venizelos. He refused to take the presidential mandate to form a coalition citing unwillingness from Syriza to join the coalition.

If the Greek leading political parties’ heads and the president fail to come to an accord, Papoulias will have to announce another parliamentary election.