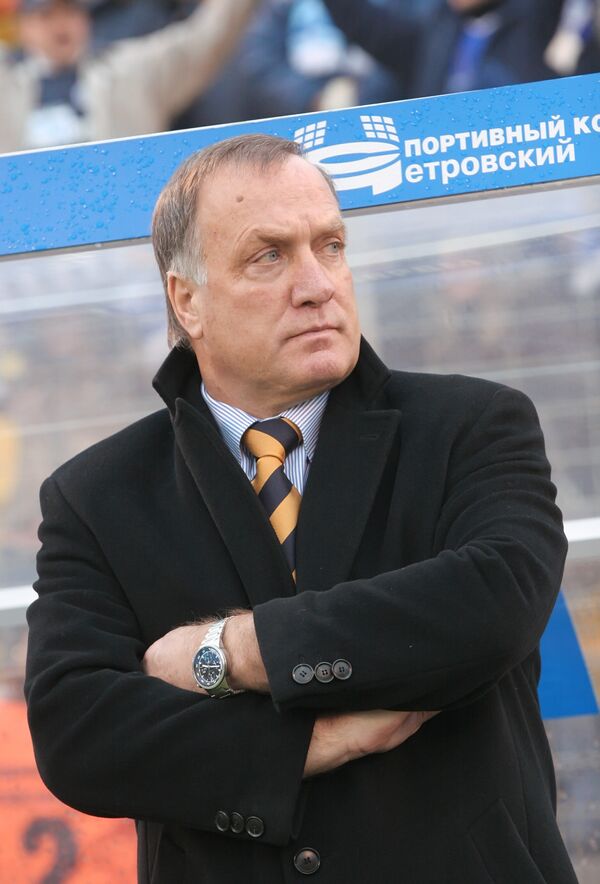 Russia coach Dick Advocaat has signed a one-year deal with PSV Eindhoven that starts after Euro 2012, the Dutch club said on their website Thursday.

The Dutchman announced last month that he would step down as Russia coach after the tournament, and has since been heavily linked with a return to a club he last coached in the mid-90s.

"PSV wanted a coach of the highest level, and Dick Advocaat enthusiastically took us up on our proposal," the site quoted club director Marcel Brands as saying.

Brands said that Advocaat had turned down other lucrative offers in Russia, without going into detail.

"His choice in favor of PSV in spite of financially beneficial options in Russia strengthens our confidence in a successful partnership. He knows the team well, and sees the potential in our players."

His contract with PSV enters force on July 1, the day of the Euro 2012 final.

Dutch media have speculated Advocaat might be asked to groom a successor in acting manager Phillip Cocu or Ernst Faber.

In March, PSV coach Fred Rutten was sacked after big defeats from Twente and Breda in the Dutch Eredivise, and Valencia in the last 16 of the Europa League.

Cocu stepped in until the end of the season.

Advocaat took the Russia job from fellow Dutch coach Guus Hiddink in May 2010 on a two-year deal with an option for a further two years.

He took Russia to the top of their qualifying group for Euro 2012, where the team faces co-host Poland, the Czech Republic and Greece.