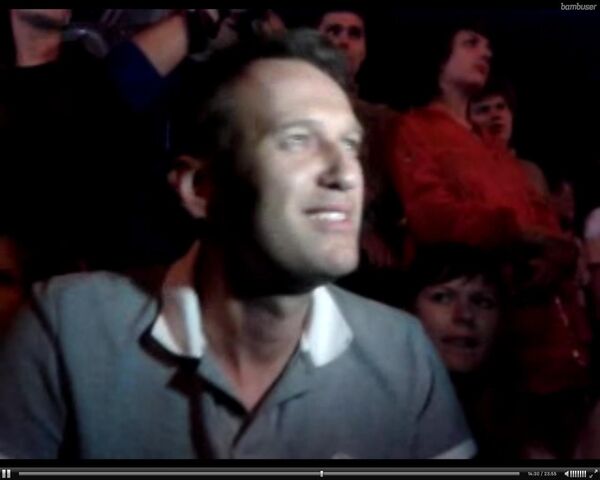 Navalny confirmed the report in his Twitter microblog, saying they were taken to the Khamovniki police station.

Earlier in the night, he urged his supporters to spend the night near the Kitai-Gorod subway station in the city center.

A few dozen people were detained in the area on Monday.

Russian police said they detained 300 people in downtown Moscow on Monday as demonstrators gathered to protest the return of Vladimir Putin to the Kremlin for a third term. Putin was sworn in as Russian president on Monday in a glittering Kremlin ceremony.

After police pushed protesters aside from the entrance to the Kitai-Gorod station in the early hours of Tuesday, protesters decided to move to another place nearby, where police also blocked their way. After that, they returned.

Four buses with police officers are parked nearby. A RIA Novosti correspondent reported there are about 400 people, including journalists, near the monument to the Heroes of Plevna at the site.

Navalny and Udaltsov were earlier detained, released and fined 1,000 rubles ($33.5) for defying police orders during the May 6 March of Millions event.

Over 400 people were arrested and scores injured as Sunday’s rally against Putin’s rule turned violent when protesters briefly broke through police lines in a bid to take their protest to the Kremlin walls. Putin’s opponents accuse him of corruption and curtailing political freedoms.